These items for sale are
in connection with cases being
handled by Raymond Chabot Inc. 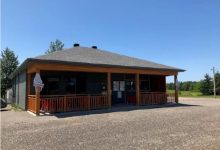